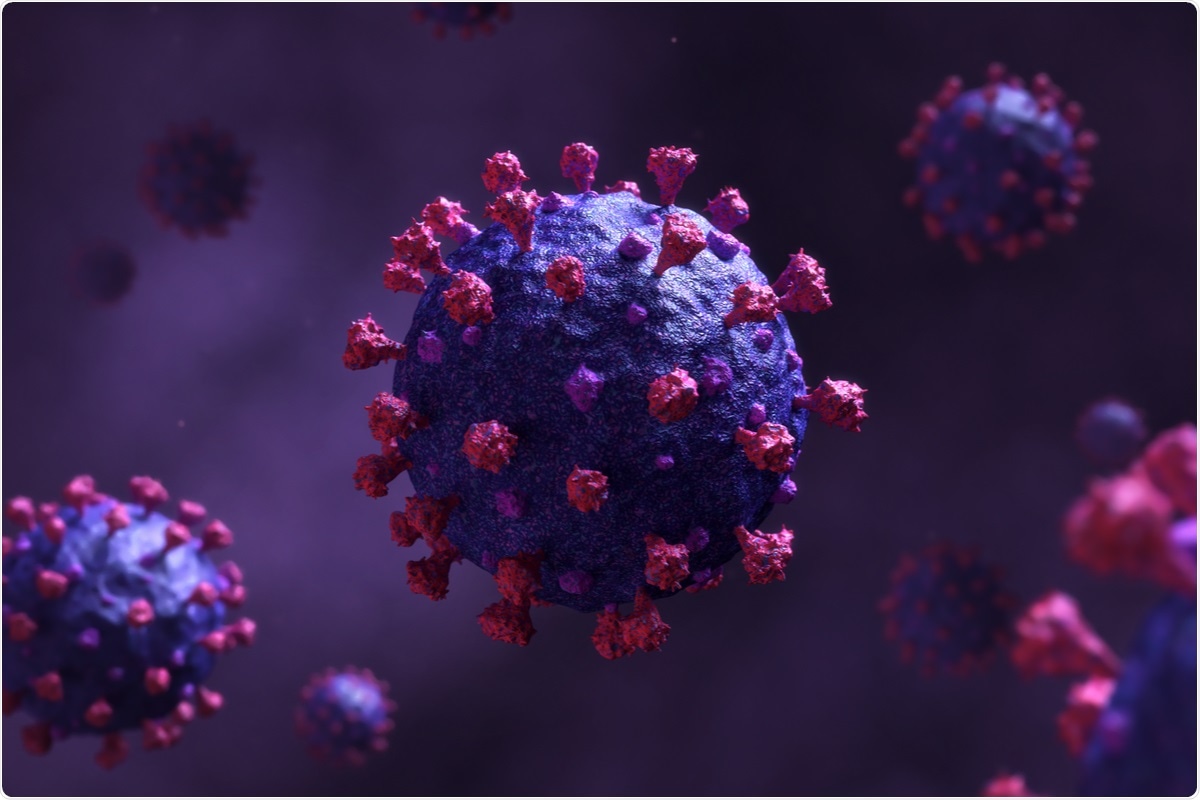 In a recent study conducted at the Indian Institute of Science Education and Research, India, a team of scientists screened specific genes of severe acute respiratory syndrome coronavirus 2 (SARS-CoV-2) to identify factors that may contribute to viral infectivity.

SARS-CoV-2, the causative pathogen of coronavirus disease 2019 (COVID-19), is an enveloped RNA virus with a genome size of about 30 kb. Among various structural proteins encoded by the viral genome, the spike glycoprotein on the viral envelop plays an important role in viral infectivity. Upon binding to the host ACE2, the spike protein undergoes various structural rearrangements, which ultimately lead to entry of SARS-CoV-2 into the host cells.

Because of robust immunogenicity, the spike protein is frequently used in laboratories to generate pseudotyped lentiviral or retroviral particles. These particles are particularly helpful in screening and identifying spike-specific neutralizing antibodies or small molecule inhibitors that have been developed to combat COVID-19. However, such SARS-CoV-2 spike-pseudotyped lentiviral systems do not provide information about other viral genes that may potentially contribute to the overall viral infection cycle.

In the current study, the scientists aim to explore the impacts of specific SARS-CoV-2 genes on viral infectivity.

Using spike-pseudotyped lentiviral particles, the scientists conducted an unbiased screening of 24 genes of SARS-CoV-2, including open reading frames (ORFs) and structural and non-structural protein genes. Specifically, they evaluated whether any of these genes can potentially modulate viral infectivity as well as susceptibility to ACE2-IgFc microbody-mediated neutralization. The ACE2-IgFc microbody, which was generated by fusing ACE2 ectodomain with the Fc region of human IgG, has been considered as a potent spike-pseudovirus neutralizing agent.

The scientists transduced ACE2-expressing human embryonic kidney cells with pseudoviruses produced in the presence of specific SARS-CoV-2 genes and assessed the viral infectivity. By analyzing the screening dataset, they observed that SARS-CoV-2 nucleoprotein significantly increased the infectivity of spike-pseudoviruses.

Given the nucleoprotein-mediated induction of viral infectivity, the scientists next investigated whether increased infectivity facilitates the virus evading ACE2-IgFc microbody-mediated neutralization. Using histidine-based pull-down assays, they tested the specific interaction between ACE2-IgFc microbody and spike-pseudotyped lentiviral particles. They observed that the stably expressed microbody had a high affinity toward spike-based viral particles.

To investigate how the nucleoprotein may influence viral infectivity, the scientists conducted a series of biochemical analyses and observed that nucleoprotein improved the spike-pseudovirus quality and infectivity by significantly increasing the incorporation of spike protein into the virions.

The study findings reveal that SARS-CoV-2 nucleoprotein increases the infectivity of spike-pseudotyped viral particles by improving the enrichment of spike protein into the virion. Moreover, the nucleoprotein-mediated induction of particle infectivity is not associated with enhancement of sensitivity toward spike binding-based neutralizing agents.