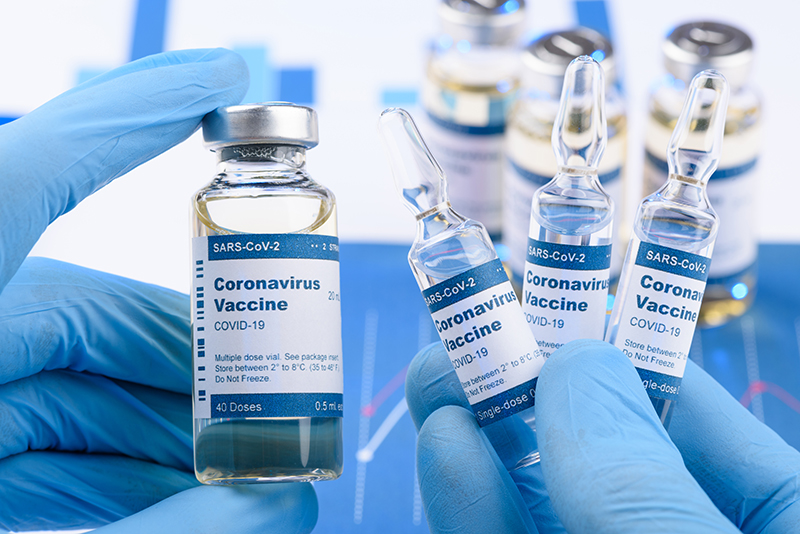 AstraZeneca set up a globetrotting supply network for its COVID-19 vaccine to deliver doses around the world, but it hasn’t tapped regional producers to ease delivery shortfalls elsewhere. But that could change—and soon.

British regulators are inspecting one of the drugmaker’s biggest production partners, Serum Institute of India, which signed on to manufacture AstraZeneca’s shot for its home country and other global markets. Sources close to the matter told Reuters about the manufacturing audit.

A green light from the U.K.’s Medicines and Healthcare products Regulatory Agency (MHRA) could clear the way for AstraZeneca to import the India-made shots to the U.K. and EU, which has struggled to beef up vaccine supplies after AZ said it would cut first-quarter deliveries last month.

Join patients and their families, legislators, industry experts, advocates and sponsors to discuss education initiatives, recent advancements and the future promise of cell and gene medicine, and current patient experiences with these therapies.

The move comes after AZ on Friday offered to tap facilities outside Europe to boost shot supplies in the bloc, Reuters reported separately, citing two unnamed EU officials. One source named Serum Institute of India specifically as a potential supplier.

Serum Institute of India is on deck to produce 1 billion AZ doses for low- and middle-income countries, including India itself. It’s also pledged to deliver some 240 million doses in the first half of 2021 through the World Health Organization’s equitable vaccine distribution effort, COVAX. Meanwhile, the company in August agreed to make up to 1 billion doses of Novavax’s shot hopeful, NVX-CoV2373.

Serum Institute, which has overall capacity for 1.5 billion vaccine doses per year, tackles production at the 42-acre Poonawalla Bio-Technology Park in its home city of Pune. Plus, CEO Adar Poonawalla has set up a new company, Serum Institute Life Sciences, which is building a $300-million “pandemic-level” manufacturing facility in the city, Forbes reported in October. The plant, which will also boast research and development labs, should have capacity for 1 billion vaccines when it opens sometime in 2022, Poonawalla said at the time.

Serum Institute in June snared a license from AstraZeneca to crank out the British drugmaker’s vaccine for countries like India, Bangladesh and Nepal. The deal doesn’t cover places like the U.K. and the Europe, where AstraZeneca is primarily sourcing supplies from British and European facilities.

The MHRA confirmed its inspection but declined to go into specifics. “Due to commercial confidentiality we do not comment on inspections that are still ongoing,” the regulator’s chief executive, June Raine, told the news service.

The audit should be straightforward for Serum Institute, which already uses its site to supply other vaccines to the U.K., Reuters’ sources said. Under special rules for the COVID-19 pandemic, the EU could potentially rely on MHRA’s inspection to clear its own deliveries from AZ’s partner.

“Inspection outcomes for Covid-19 vaccines conducted by the MHRA will be considered by EMA,” the regulator told Reuters, adding that the sites would still need final EMA clearance to export vaccines to the EU.

MHRA’s Raine hinted at the potential for collaboration, too, and said Britain’s regulator was working “with international partners in response to the global pandemic and on matters of mutual interest.”

The inspection comes as the U.K. weighs whether to pick up doses from Serum Institute, one of Reuters’ sources said. A New Delhi government official separately said Britain was considering vaccine imports from India.

RELATED: AstraZeneca, EU officials duke it out in the press as COVID-19 vaccine supply battle heats up

Speaking with EU officials in Brussels Friday, AstraZeneca said it could make up delivery shortfalls by sourcing vaccines from sites outside the region, Reuters also reported. AZ floated Serum Institute as a potential supplier and suggested it could leverage a U.S. manufacturing site in Baltimore as well, though it didn’t lay out potential timing or delivery volume, one source said.

Stateside, AstraZeneca has tapped Catalent to handle drug substance production from its Maryland facility, while Emergent BioSolutions is on deck to tackle production work at its Baltimore Bayview plant.

Editor’s note: This story was updated with additional background on Serum Institute of India