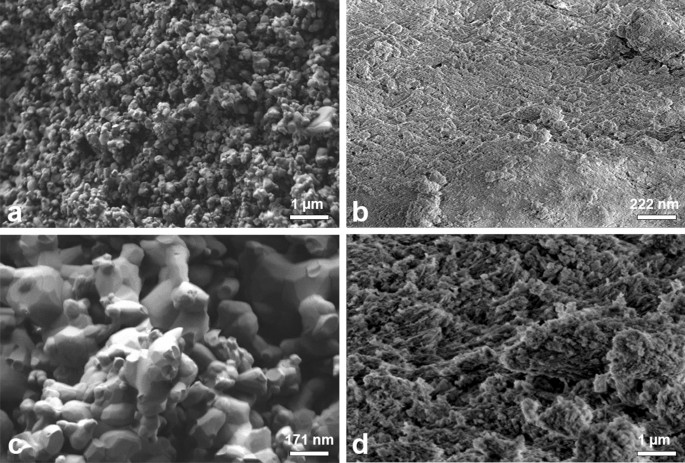 Regenerative procedures are performed to correct bone defects caused by pathological processes, dentoalveolar trauma, periodontal diseases, alveolar ridge preservation after tooth extraction, and reconstruction of alveolar processes associated with implant treatments2,4,7. The combinations of various surgical techniques are necessary, which are simplified by the use of biomaterials, to achieve success in reconstructive procedures4,18.

Among the existing possibilities, the autogenous bone graft does not cause immunological responses; it does not offer the risk of the transmission of diseases; and presents osteogenic, osteoinductive, and osteoconductive properties considered the gold standard in reconstructive techniques8,11,19. Despite their biological advantages, autogenous grafts also have significant disadvantages, which stimulate the development of new bone substitutes that allow the performance of surgery with lower morbidity and complications8,10.

Xenogeneic grafts, especially inorganic bone matrices of bovine origin, have physicochemical characteristics similar to those found in humans7,20. The preservation of the volume of the regenerated area is due to the presence of the particles of this biomaterial in the grafted areas for many years2,18. This slow resorption can lead to a change in the microarchitecture of the newly formed bone and affect the bone quality obtained, causing it not to meet the requirement of a biomaterial to restore the tissues to their original condition19,21,22.

Concerns about the risk of the possible transmission of bovine spongiform encephalopathy and religious issues may impede the use of bovine xenogeneic bone graft materials in some patients23,24. To the detriment of its use, the ethical aspects related to the increasing changes in the lifestyle of the segments of society, which act in the defense of animal rights and are contrary to the use and consumption of products of animal origin are also relevant23.

Due to the chemical and structural similarities with natural bone apatite, many studies have evaluated the clinical performance of hydroxyapatite, which is one of the bioceramics based on calcium phosphates with better osteoconductive properties, acting as a scaffold for bone growth, besides being biocompatible and bioactive, which is the quality of the graft to be chemically joined to the bone4,5. β-TCP is a material that has excellent biocompatibility and, through the action of macrophages and osteoclasts or even because of its own dissolution, ends up presenting rapid resorption in grafted sites8. When associated with hydroxyapatite, an implant is formed and denominated as biphasic, and β-TCP is the portion of this ceramic that is absorbed faster4,8,11.

In this sense, this study evaluated the osteoconductivity of a low-cost synthetic, which does not offer the risk of the transmission of diseases or cause antigenic reactions. In addition to the origin of the material, physical characteristics related to the form of processing, composition, crystallinity, porosity, shape, and particle size directly influence the speed of the resorption of biomaterials and other aspects related to osteoconduction6,25. The particle size is closely related to the microenvironment created by the insertion and compaction of granules inside bone defects and to the three-dimensional architecture obtained in the initial phase of repair4,12. Although highly important for clinical practice, the description of each biomaterial’s ideal particle size is not consensual in the literature7,10.

In order to develop new biomaterials, it is necessary to understand the issues that surround the integration of the bioceramics with adjacent bone and tissues. For this reason, animal models tests represent a vital step between in vitro tests and human clinical trials, and critical-size rat calvaria model have been successfully used to test both the biosafety and treatment efficacy of novel bone substitute biomaterials26,27. The rationale for the selection of this reproducible and cost-effective animal model was based on the fact it has been widely used in several previous studies, and that this kind of cross-sectional investigation permits assessment of bone formation in a reliable manner. Although results obtained from animal model experiments are relevant, extrapolation of findings should not be directly translated to the human situation and results have to be interpreted cautiously.

The analysis of the inflammatory process showed no significant difference in the scores of the groups where biphasic biomaterials were used with distinct granulations so that the particle size did not interfere with the score obtained (Table 2). Although inferring that a milder inflammatory reaction could result in less cellular damage to sites operated with these ceramics and thus contribute to faster bone formation is possible, other studies with larger sample sizes become necessary for their verification.

In all observation periods in G1 and G2, histological findings demonstrated the presence of multinucleated giant cells, similar to the results obtained in another study that has used a biphasic graft with a composition of 60% hydroxyapatite and 40% β-TCP15. Conversely, G3, whose biomaterials used have a biological origin and have physicochemical properties similar to those of autogenous grafts4,20, presented a much smaller number of these cells in the inflammatory infiltrate (Fig. 3). Therefore, factors such as origin, processing, and physicochemical characteristics of biomaterials cause distinct cellular responses.

The size of the granules was considered one of the characteristics directly involved with the regulation of the degradation of bone substitutes17. Thus, biomaterials with lower granulation have a higher speed of disintegration and fragmentation of their particles, with a direct relationship with the earlier recruitment of macrophages, the subsequent fusion of these cells, and an increase in the number of multinucleated giant cells. Although these cells cannot reabsorb particles above 100 μm, the degradation is made by the release of enzymes and the formation of a microenvironment with acid pH, which would lead to the demineralization of adjacent bone and the release of calcium and phosphate ions, resulting in the improvement of local conditions for bone neoformation to occur4,28.

In this study, however, multiple comparisons of the results of the areas of bone neoformation showed no significant difference in the bone formation of synthetic biphasic biomaterials with different granulation sizes. In the three times analyzed, the study revealed that there was a significant area of bone growth in G3. In all groups, progressive increases in the area of bone neoformation were observed from the beginning to the end of the experiment. There was no evidence of the encapsulations of the biomaterials used, and the differentiation of osteoprogenitor cells on the ceramic scaffold proved the biocompatibility and osteoconductive effects of the tested materials.

Given that no significant difference existed in bone neoformation when biphasic biomaterials with divergent granulations were used, the option for smaller or larger particles should fall on professional preference, the ease of manipulation and insertion, combined use with other materials, and the clinical condition that requires the regenerative procedure.

The biphasic biomaterials were incorporated into adjacent tissues by processes that involved bone growth around and inside the particles in close contact with surfaces that presented degradations. This condition is considered ideal for an osteoconductive material because the newly formed bone tissues in direct contact with ceramics are formed to replace the biomaterial that is gradually resorbed29. This bone formation capacity of bioactive materials forms a strong single interface and from the creeping substitution process, which is the degradation of the resorbable bone substitute accompanied by the simultaneous growth of a new bone tissue30. Unlike biphasic materials, the xenogeneic graft showed no signs of degradation, which can be explained by the fact that it is a biomaterial of high crystallinity12,19,21.

The main reason for using a biphasic material, which has distinct resorption velocities of its two components, is to enable that as β-TCP degradation occurs, spaces will appear around the granules through which there will be bone growth, while hydroxyapatite will fulfill the function of being an osteoconductive scaffold30. Thus, the cells are guided so that there is a bone formation in close contact with the surfaces of the particles, including the formation of bone bridges between the grafted granules11,15,17. For biphasic bioceramics, a HA and β-TCP ratio within the range of 65:35 to 55:45 is considered ideal for the resorption of the material simultaneously to the bone formation by replacement15,31,32, and the biphasic biomaterials of the test groups have a ratio of 60:40.

The initial resorption of the biphasic biomaterials leads to an increase in the concentration of calcium and phosphate ions, which would be related to increased osteoblastic activities and would inhibit osteoclastic activities. Furthermore, the dissolution of calcium sulfates in implanted sites results in an acceleration of bone regeneration due to the decrease in pH in the region, followed by bone demineralization around it and the consequent release of BMPs33.

A higher specific surface area has a direct relationship with the increase in the adsorption of macromolecules and proteins, particularly involved with the induction of osteogenesis4,8,25,30,34. In this study, the significant difference in the results of the specific areas of surfaces obtained in the groups evaluated (Table 1) can be explained by the characteristics of the xenogeneic material, which has greater microporosity and is fully processed from bovine medullary inorganic bone, while the test groups are synthetic materials, whose own processes of sintering of its particles result in lower values in this parameter4,14.

By contrast, biphasic materials have a significantly higher total pore volume, a property that allows an increase in the permeability of interstitial fluids, the development of a capillary system, and the migration of new bone cells4,8,26,34. The diameter of interconnected pores should be at least 100 μm although 300 μm was considered the recommended minimum diameter to allow angiogenesis and bone neoformation inside existing porosities6. The biphasic material has a porosity considered dynamic due to the process of the progressive resorption of β-TCP, which is different from what occurs with xenogeneic graft. Accordingly, the progressive increase in the porosity of biphasic material as a function of time may bring some benefits to bone neoformation and angiogenesis25,34.

Finally, the present study has some limitations that should be taken into consideration. The first limitation is the small sample sizes. Second, despite having investigated physical characterizations of the biphasic and xenogeneic material, this study is limited by the lack of information on other physical–chemical properties that are very important for the evaluation of biomaterials, including the Fourier transform infrared spectroscopic (FTIR) and X-ray diffraction (XRD) techniques9,35. Another limitation was that the aspects related to cytotoxicity, biodegradation, and biocompatibility of these bone substitutes were also not evaluated in this study.