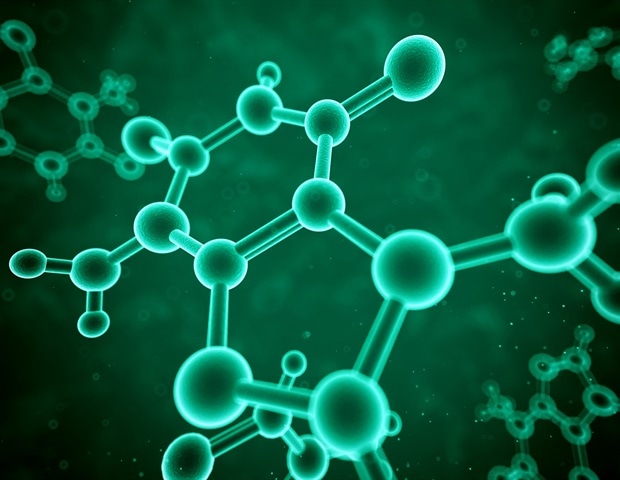 A compound isolated from a fungus growing on the roots of a flowering plant in Morocco shows promise as a powerful opponent of aggressive triple negative breast cancer, scientists say.

They have early evidence that the peptide EnnA, isolated from a fungus living symbiotically with a flowering plant known for its penchant of trapping flies, directly inhibits the natural and powerful cell protector HSP90, which cancer hijacks to help avoid attack by the immune system.

EnnA lets the immune system do what it should by getting HSP90 out of the way. We are very excited about how this compound is affecting tumors.”

Dr. Ahmed Chadli, Biochemist, Department of Medicine and Georgia Cancer Center at the Medical College of Georgia at Augusta University

Heat shock proteins like HSP90 are molecular chaperones, natural responders that help cells survive stress, including quite literally high temperatures as well as other injury. Significant stress causes proteins to begin to unfold and lose their normal function, and when molecular chaperones can’t help proteins get folded back into shape, the proteins should be degraded and eliminated.

Cancer, with its many mutations and misfolded proteins, hijacks molecular chaperones, like HSP90 to instead protect their “oncoproteins” and perpetuate the wild growth that is a cancer hallmark. Cancer additionally uses the hijacked HSP90 as so-called “checkpoints” on the surface of its cells to help them avoid being targeted for attack by drivers of the immune response called T cells.

Current HSP90 inhibitors have shown promise but not really delivered as an effective cancer therapy with tolerable side effects. In fact, the current inhibitors can actually promote cancer survival, Chadli says, by suppressing the cells’ innate ability to commit suicide when they are irrevocably abnormal. Still this important cancer survival strategy is a logical target Chadli is looking for novel ways to block.

What he didn’t expect to find was an HSP90 inhibitor that also works as an immune modulator, a drug that activates, boosts or otherwise restores normal immune function, so T cells can see their target.

Both the fungus Fusarium tricinctum and the plant Aristolochia paucinervis on which it grows already are considered to have medicinal benefits, and Chadli has evidence in both cell culture and an animal model of aggressive, triple negative breast cancer, that the compound EnnA that results from their close relationship in the mountains of North Africa is the kind of efficacious tumor killer he has been looking for.

When Chadli looks at microscopic images of the breast cancer tumor 15 to 20 days after treatment with EnnA, for example, the normally dense breast tumor mass is literally full of holes and a host of immune cells have moved in. “The immune system starts to recognize the cancer cells as foreign and goes and destroys them,” he says, a mechanism of tumor killing scientists call “immunogenic cell death.”

“One of the fascinating things about T cells is that once they are educated to attack a target, like triple negative breast cancer, they continue to attack it whenever it shows up. The implications of this make EnnA’s activation of a T cell response a powerful tool,” he adds.

HSP90 typically resides inside cells and he’s finding EnnA brings it to the surface of breast cancer cells and also enables proteins, like calreticulum, which typically resides inside the cell’s endoplasmic reticulum, to surface as well, where it looks like a “danger molecule” that tells immune cells to “come eat me,” Chadli says. EnnA also induces a special kind of cell self-consumption called mitophagy in which the cell powerhouses, or mitochondria, are consumed, an action also characteristic of drugs that prompt the immune system to act.

With the new grant, Chadli and his team are looking further at how EnnA’s inhibition of HSP90 results in reduced levels of the protective protein PD-L1, which helps shield some normal cells from becoming the target of T cells. Cancer cells have even higher levels of PD-L1 and other immune checkpoint inhibitors bind to it to release this brake on the immune system, according to the NCI.

They also are combining EnnA with an established therapy that inhibits CTLA-4, a protein receptor on T cells and another natural immune checkpoint that cancer usurps to keep itself out of the line of fire. Some existing immune checkpoint inhibitors block CTLA-4, according to the NCI, and Chadli is combining these inhibitors with EnnA then profiling the immune cells that show up in response.

To date, Chadli and his team have found no obvious side effects from EnnA, but that is something they are further exploring, along with any toxicity, as well as identifying optimal dosing with the idea of moving toward use in patients.

He also suspects, and has some evidence, that the compound might be more broadly applicable to other breast cancer types as well as other solid tumor types like melanoma.

There are currently no FDA-approved HSP90 inhibitors. Serious side effects associated with inhibitors under study include liver, kidney and eye damage as well as more classic symptoms of cancer therapy like nausea and vomiting. Some of the existing inhibitors also can hinder the effectiveness of other drugs that may be used in combination with them, like chemotherapy, which induce cell suicide, or apoptosis, and which the inhibitors can suppress.

Chadli identified EnnA as possibly a novel inhibitor after attending a Moroccan Pharmacology Society Meeting a few years back, where he met Dr. Abdessamad Debbab, a medicinal chemist at the Institute for Pharmaceutical Biology and Biotechnology at Heinrich-Heine-University Düsseldorf. The two scientists began a collaboration that led to high-throughput screening of natural products from medical plants and organisms to identify potential HSP90 inhibitors that didn’t have the counterproductive side effects of the first generation of inhibitors.

The plant Aristolochia paucinervis (Aristolochiaceae) starts to flower in February, and its flowers have a strong smell that attracts flies that get trapped inside by hairs that wither overnight and the flies emerge the next day coated in pollen. The root is used to treat a wide variety of GI problems, aortic palpitations and is an antidote for snakebite. The fungus Fusarium tricinctum has previously shown some potential against breast and cervical cancer because of its antiproliferative and antioxidant effects.

Triple negative breast cancer doesn’t respond to hormonal therapy, is generally considered more aggressive and deadly than other breast cancers and there are currently no targeted therapies for this cancer, which accounts for 10-20 % of breast cancers. It most likely occurs in women under the age of 50 and Black and Hispanic women are considered more at risk, according to Breastcancer.org.