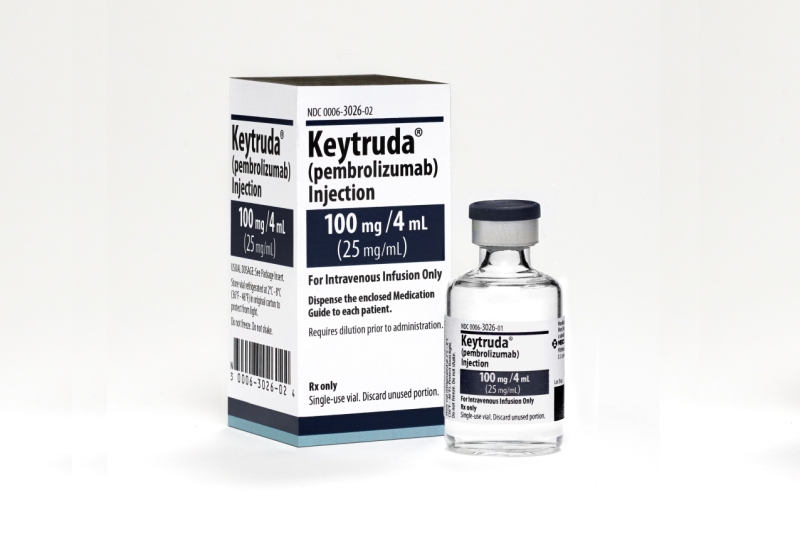 Merck and Eisai were eager to tout a headline phase 3 win in December for their combination therapy of Keytruda and Lenvima because it involves the regimen’s first FDA-approved indication in endometrial cancer. Now we know how big that win is.

Keytruda and Lenvima cut the risk of death by 38% over physician’s choice of chemotherapy in patients with previously treated endometrial cancer regardless of their tumor’s mismatch repair status.

Patients on the combo lived a median 18.3 months, versus 11.4 months for chemo takers, according to data presented at the virtual Society of Gynecologic Oncology (SGO) annual meeting on women’s cancer.

The Keynote-775 trial win will likely be enough to turn the Keytruda-Lenvima combo’s very first go-ahead, a conditional nod the FDA doled out in 2019 in previously treated endometrial carcinoma that’s not microsatellite instability-high (MSI-H) or mismatch repair deficient (dMMR), into a full one.

Before that, Keytruda monotherapy already bore a green light in patients with MSI-H or dMMR tumors regardless of their location in the body, in a first-of-its-kind tissue-agnostic indication.

A confirmatory trial success might not have been all that important before, because many immuno-oncology agents, Keytruda included, have been able to keep their variety of indications even after failing confirmatory trials in particular disease areas. But the FDA recently launched an industrywide review targeting those failed indications.

As a result of that campaign, Merck is withdrawing a Keytruda approval in third-line small cell lung cancer after talking to the FDA. But the New Jersey pharma decided to put up a fight for Keytruda in newly diagnosed bladder cancer patients ineligible for cisplatin-based chemo; in second-line liver cancer; and in third-line PD-L1-positive stomach cancer—despite its confirmatory trial flops in those areas.

Those three indications, plus others from Bristol Myers Squibb’s Opdivo and Roche’s Tecentriq, are slated to be discussed at an FDA advisory committee meeting next month.

In addition to endometrial cancer, the Keytruda-Lenvima pairing is looking on track for its second FDA approval, this time for previously untreated renal cell carcinoma, after a regulatory setback in liver cancer pushed back a potential nod there. While the duo may so far be alone in endometrial cancer, the kidney cancer space is very competitive.

Existing kidney cancer options include another Keytruda pairing with Pfizer’s Inlyta; Bristol Myers’ dual-immunotherapy Opdivo and Yervoy; and an Opdivo combo with Exelixis’ Cabometyx. But SVB Leerink analyst Daina Graybosch has said she sees Keytruda-Lenvima’s data as the winner.