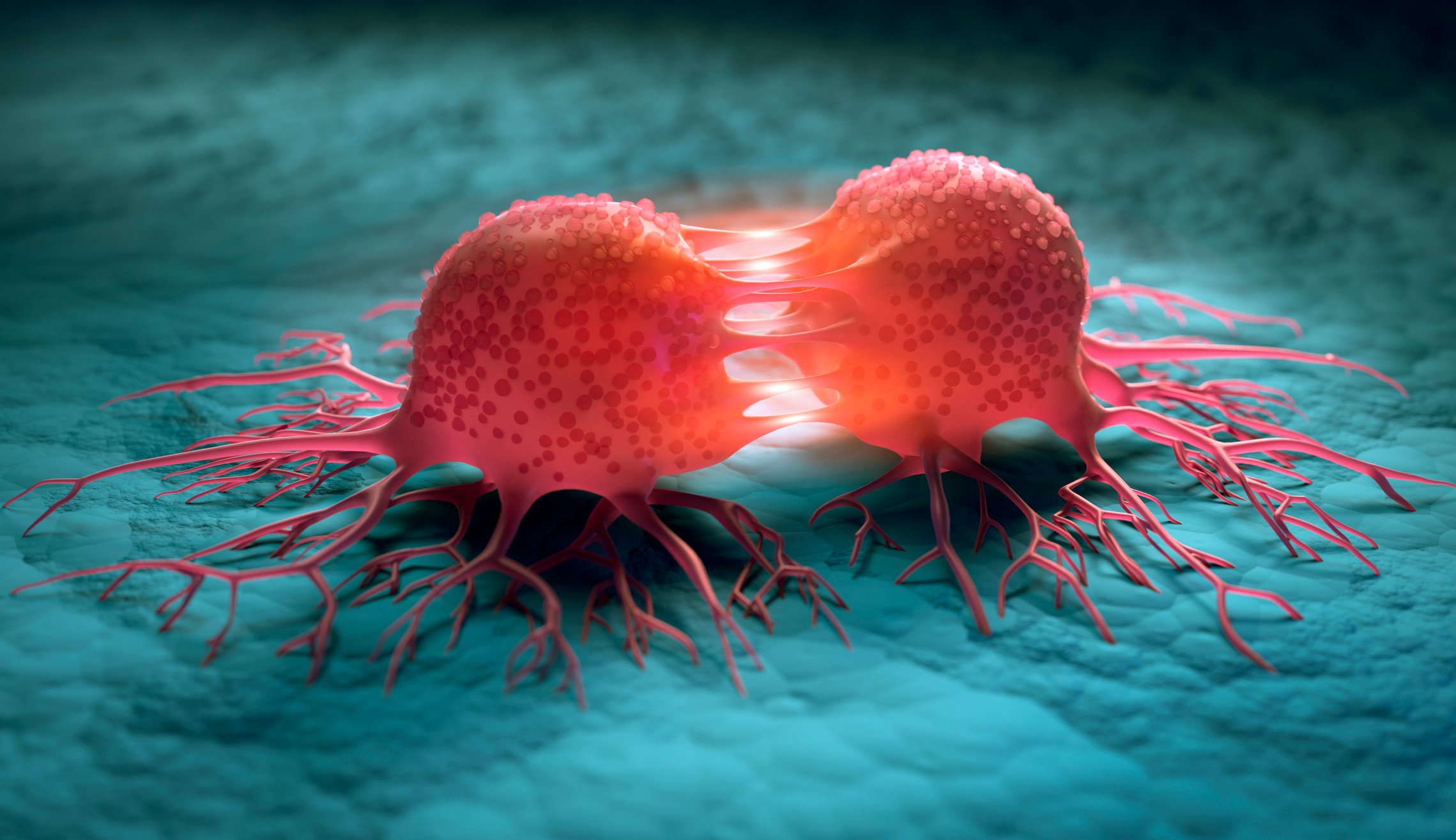 Tumors need a variety of nutrients to grow, so it stands to reason that starving them of this sustenance could be a viable strategy for treating several types of cancer. Researchers at Sanford Burnham Prebys Medical Discovery Institute described two such strategies this week, one aimed at melanoma and the other at pancreatic cancer.

One Sanford Burnham Prebys team identified a drug candidate that blocks the ability of melanoma tumors to consume glutamine, a critical food source. The drug inhibited tumor growth in cell cultures and mouse models of melanoma, they reported in the journal Molecular Cancer Therapeutics.

The drug, dubbed IMD-0354, works by targeting SLC1A5, which is called a “transporter” because it pumps glutamine into tumors.

The researchers started by screening 7,000 compounds in search of one that could inhibit SLC1A5. They selected IMD-0354 because of its ability to prevent the transporter from penetrating cell membranes, according to a statement.

Although there are many targeted drugs and immunotherapies on the market to treat melanoma, “patients’ tumors become resistant to therapy, and this has become a major obstacle in the successful treatment of the disease,” said senior author Ze’ev Ronai, Ph.D., director of the National Cancer Institute-designated Cancer Center at Sanford Burnham Prebys, in the statement.

Ronai’s team is now working on improving the properties of IMD-0354 and preparing for further preclinical studies.

Another malignancy that could be treated with a starvation strategy is pancreatic cancer. A team at Sanford Burnham Prebys Medical Discovery Institute is focused on starving pancreatic tumors by interfering with a process called “macropinocytosis,” or “cell drinking.”

In a study published in the journal Cancer Discovery, the researchers described a method for blocking cell drinking in the thick, fibrotic tissue that surrounds pancreatic tumors. This connective tissue is so thick that many treatments can’t break through it to reach tumors, the researchers explained in a statement.

Previous research by senior author Cosimo Commisso, Ph.D., associate professor and co-director of the Cell and Molecular Biology of Cancer Program at Sanford Burnham Prebys, had shown pancreatic tumors suck up nutrients through macropinocytosis. To determine how that affects tumor growth, his team blocked that cell drinking in pancreatic cancer–associated fibroblasts that surround the tumors.

They then transplanted the fibroblasts, along with pancreatic cancer cells, into mice. They found the growth of the tumors was slower than it was in control animals.

The team went on to identify molecular signals that drive cell drinking in the thick connective tissue surrounding pancreatic tumors. They believe their insights could inspire new targets for drug development.

“Now that we know that macropinocytosis is ‘revved up’ in both pancreatic cancer cells and the surrounding fibrotic tissue, blocking the process might provide a ‘double whammy’ to pancreatic tumors,” Commisso said.

Both Sanford Burnham Prebys teams believe their findings could prove relevant to other tumor types, as well. Cell drinking has been implicated in the growth of lung, prostate, bladder and colon tumors, for example, and glutamine metabolism is a major player in several cancers, the researchers said.