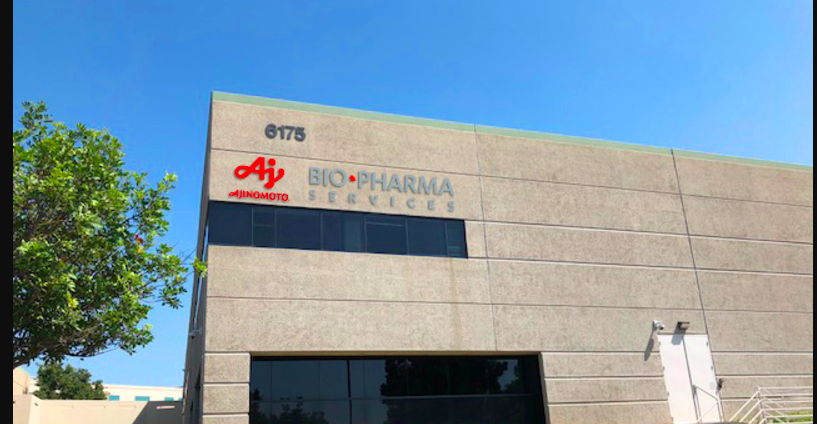 Already pitching in on AZ’s small molecule manufacturing in Europe, the CDMO has signed on to tackle fill-finish work at its San Diego site, where it also plans to raise capacity by the middle of this year.

Aji Bio-Pharma isn’t saying which AZ products it will handle. Much of AZ’s present focus is turned to its COVID-19 vaccine.

Aji Bio-Pharma runs three sites in San Diego, where it boasts a workforce of around 550. Those sites are equipped to handle aseptic fill-finish—plus secondary packaging and labeling—as well as microbial-based large molecule manufacturing, and development and production of antibody-drug conjugates, a company spokeswoman said via email. She couldn’t say whether Ajinomoto would hire more employees to handle its expanded AstraZeneca deal.

The CDMO operates five fill-finish suites at the facility and can fill a range of drug ingredients into vials, cartridges or syringes. The company is equipped to tackle the final manufacturing step for monoclonal antibodies, oligonucleotides and plasmid DNA, as well as adjuvants, vaccines and standard small-molecule drugs, the spokeswoman said.

The company’s San Diego fill-finish capacity is due for a boost, too, thanks to a new multipurpose filling line expected to go live this summer. The line should lift capacity by 50% and will be able to crank out ready-to-use syringes, vials and cartridges, the spokeswoman said.

Meanwhile, Aji Bio-Pharma is already working for AZ in Belgium, where it makes active pharmaceutical ingredients and intermediates, the spokeswoman said.

The spokeswoman wouldn’t say whether the San Diego contract covers AZ’s COVID-19 shot. The British drugmaker has already faced production problems and shorted deliveries in Europe. In another unfortunate turn, AZ lost one of its major U.S. manufacturing partners over the weekend, after the Biden Administration handed control of Emergent BioSolution’s Baltimore Bayview plant to Johnson & Johnson.

Reports surfaced last week that a manufacturing mix-up at Bayview had forced J&J to toss up to 15,000 doses of its COVID-19 vaccine. Emergent last June agreed to produce AstraZeneca’s vaccine there, too, but with J&J now in charge of the CDMO’s Baltimore plant, AZ is on the hunt for new U.S. manufacturing space.