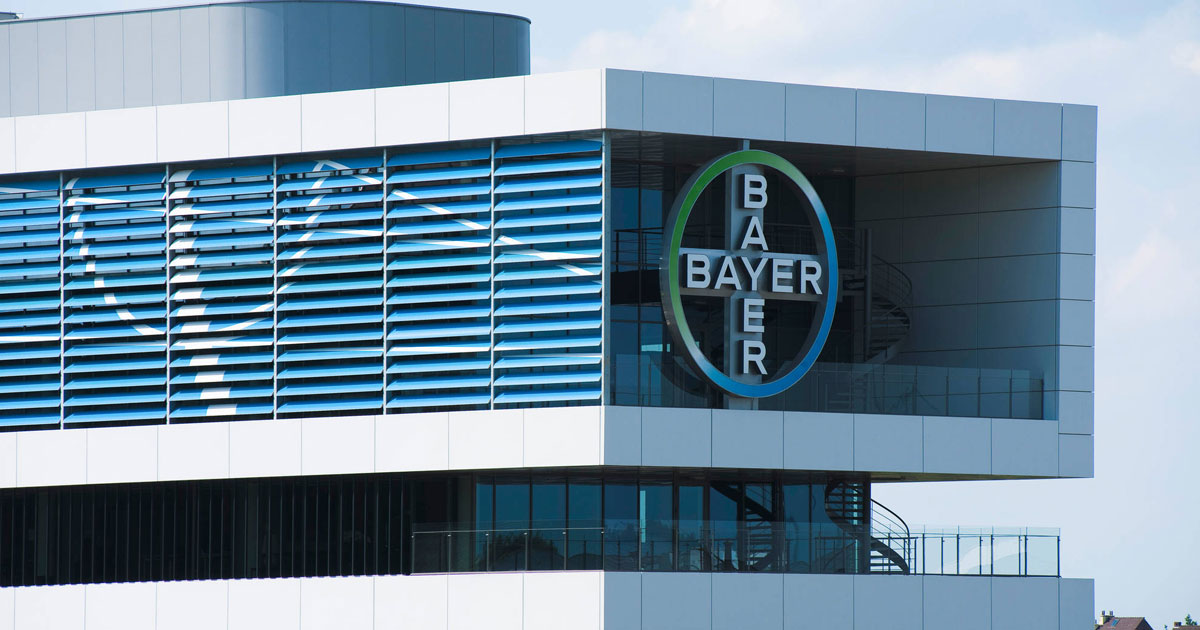 The PI3K inhibitors were once viewed as a blockbuster opportunity in blood cancer. But patient deaths in clinical trials for earlier-line use of Gilead Sciences’ first-to-market Zydelig dashed that hope. Now, in what could be viewed as a redemption of the drug class, Bayer’s Aliqopa has come up with a success safely.

Adding Aliqopa to Roche’s Rituxan cut the risk of disease progression or death by 48% in patients with indolent non-Hodgkin’s lymphoma (iNHL) who relapsed after at least one prior therapy, according to data presented at the virtual American Association for Cancer Research annual meeting.

This showing makes Aliqopa the first PI3K inhibitor to demonstrate superior efficacy in combination with Rituxan with a manageable safety profile in patients with relapsed iNHL, Scott Fields, Bayer’s head of oncology development, said in a statement.

Bayer now plans to file the data to FDA and other drug regulators to potentially get Aliqopa into earlier, second-line iNHL, Barry Childs, Bayer’s global development lead for Aliqopa, said in an interview. The drug currently bears an accelerated approval in third-line follicular lymphoma (FL) based on tumor response data.

It also hopes the data, from the phase 3 Chronos-3 trial, could turn that conditional nod into a full one. The confirmatory trial Bayer has previously agreed with the FDA is actually the Chronos-4 study, which is testing Aliqopa in tandem with Rituxan and chemotherapy in relapsed iNHL. But Childs said the company will ask the FDA to consider using the current study instead, given that it’s also a randomized trial.

RELATED: Bayer gears up to take on Gilead in lymphoma with Aliqopa green light

For a second-line filing, Bayer intends to aim for a broader label for the whole iNHL population, though the FDA might pick apart each subset of disease, Childs and Fields cautioned during the interview.

Aliqopa’s benefits were shared across all prespecified iNHL subtypes in Chronos-3. For FL, the risk reduction amounted to 42%. The number was 52.5% for marginal zone lymphoma (MZL), 75.7% for small lymphocytic lymphoma (SLL) and 55.7% for Waldenstrom macroglobulinemia.

For the larger FL and MZL diseases, the subgroup analyses are powered to stand on their own, while the two smaller diseases aren’t statistically powered, according to Childs. That said, “there is consistent treatment effect,” he added. “What we’re requesting of the FDA is that they will consider the treatment effect consistency to be part of their approval decision for the smaller subsets.”

As for the perhaps more important data on Aliqopa’s ability to extend patient’s lives, Childs said the overall survival data were still immature after a median follow-up of 30 months as neither treatment arms has reached a median survival mark.

Gilead’s PI3K inhibitor Zydelig entered the U.S. market in 2014 for previously treated chronic lymphocytic leukemia, FL and SLL, bearing blockbuster hopes. However, the company was forced to cap several trials—including ones equivalent to Aliqopa’s Chronos-3 and Chronos-4—after reports of multiple deaths in its clinical programs in 2016. After that, the drug’s sales have never picked up, with just $72 million in 2020.

In Chronos-3, the Aliqopa regimen showed side effects that were generally consistent with the individual drugs, according to Bayer. Some of the frequent side effects such as hyperglycemia were transient and manageable, the company said.

There was however a relatively high discontinuation rate of 32% in the Aliqopa arm, versus 8% for solo Rituxan. The company is still exploring the exact reason, but Childs pointed to a higher rate of complete tumor clearance among Aliqopa patients, suggesting that some investigators may have chosen to discontinue patients especially during the pandemic because they were already in good remission. He also noted that the company took a very conservative protocol to discontinue patients who developed pneumonitis but only later realized that the side effect can be managed without taking patients off treatment.

In terms of managing side effects, Childs pointed to Aliqopa’s intravenous administration—versus Zydelig and other PI3K inhibitors’ oral dosing—as an advantage as it can be given intermittently to allow normal tissues to recover between doses.

So far, Aliqopa still hasn’t earned a place in Bayer’s annual report, meaning that its 2020 sales were below the €262 million ($312 million) prostate cancer drug Xofigo raked in during the period. Verastem Oncology recently transferred its PI3K drug Copiktra to Secura Bio for $70 million upfront. That drug sold merely $9.3 million in the first half of 2020. TG Therapeutics just got a go-ahead for Ukoniq, and Incyte’s waiting in the wings with parsaclisib.

But as Bayer pharma chief Stefan Oelrich laid out at a recent investor event, the German company expects to see about €500 million in Aliqopa peak sales. With the Choronos-3 win, Bayer may now seek to move Aliqopa into earlier line of treatment and to markets beyond the U.S., Fields said.