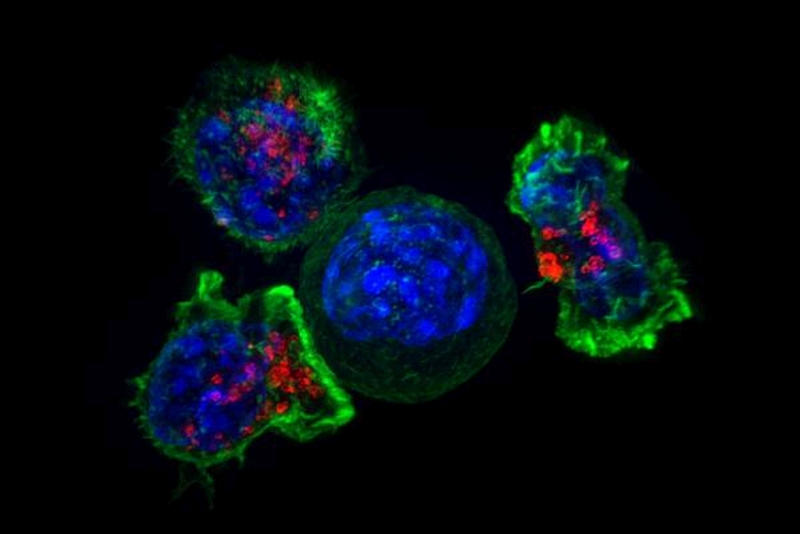 The protein EZH2 has long been known as a major driver of prostate cancer because of its ability to inactivate genes that would normally suppress tumor growth. Now, a team at Cedars-Sinai Cancer has shown in preclinical models of the disease that blocking EZH2 reduces resistance to immune-boosting checkpoint inhibitors—and they did it with the help of Epizyme, which won FDA approval for the first EZH2 blocker last year.

The Cedars-Sinai team inhibited EZH2 in preclinical prostate cancer models, activating interferon-stimulated genes in the immune system. The interferons then boosted the immune response and reversed resistance to drugs that inhibit the checkpoint PD-1, they reported in the journal Nature Cancer.

By inhibiting EZH2 either genetically or with a chemical inhibitor donated by Epizyme, the researchers used a technique called “viral mimicry” to “reopen” parts of the genome that are typically inactive, they explained in a statement. That signaled the immune system to respond to PD-1 inhibition.

Cedars-Sinai is now planning a clinical trial of Epizyme’s EZH2 inhibitor, Tazverik (tazemetostat), in prostate cancer. The researchers believe combining checkpoint inhibitors with EZH2 blockers may be a viable strategy, they said.

Checkpoint inhibitors have been approved to treat several cancer types, but they’ve been largely disappointing in prostate cancer. Hence several research groups have been exploring combination strategies. They include the University of Texas MD Anderson Cancer Center, which published research in 2019 showing early evidence that combining checkpoint inhibition with anti-TGF-beta drug could be effective in prostate cancer.

More recently, bispecific antibodies have shown early promise in prostate cancer. Last September, Amgen presented data from a phase 1 study of AMG 160, a bispecific targeting PSMA and CD3 on T cells. The company said that 68.6% of patients experienced a decline in PSA, and eight out of 15 patients evaluated showed stable disease.

Regeneron is also developing a bispecific antibody for prostate cancer, targeting PSMA and CD28. The drug is being tested as a solo therapy and in combination with Regeneron’s PD-1 inhibitor Libtayo in a phase 1/2 clinical trial enrolling men with metastatic castration-resistant prostate cancer.

As for Epizyme’s EZH2 inhibitor, Tazverik, its path to market hasn’t been perfectly smooth. An advisory committee to the FDA questioned its efficacy and safety in its initial indication, metastatic or locally advanced epithelioid sarcoma. Still, the company got the go-ahead to market the drug in adult patients with the rare cancer last January. Then the FDA added follicular lymphoma to the label in June. The drug’s takeoff has been slower than expected, however, largely because the pandemic has prevented face-to-face interactions between the sales force and physicians.

The company is currently testing Tazverik in several other cancer types, including as a combination with standard-of-care treatments in castration-resistant prostate cancer.