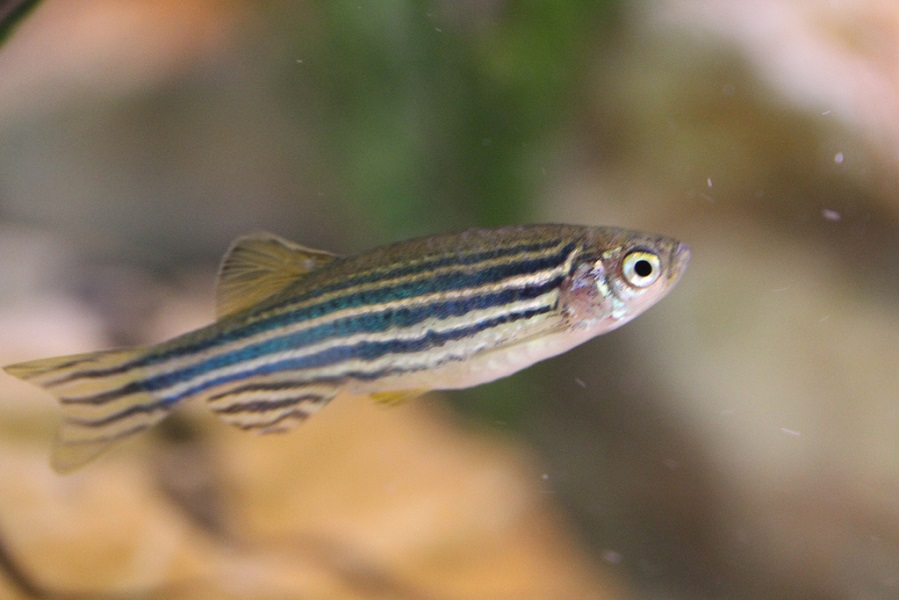 Zebrafish, unlike people, can recover from spinal cord injuries, thanks to a healing process that’s controlled by immune cells called macrophages. Gaining a better understanding of this phenomenon could advance efforts to improve the treatment of spinal cord injury in people.

Researchers from the University of Edinburgh are contributing to that effort by using the gene editing technology CRISPR-Cas9 to study the genes that play an important role in modulating the response to spinal cord injury in zebrafish. Using the technique, they zeroed in on four genes that are crucial for repairing severed spinal cords, they reported in the journal PLOS Genetics.

The researchers used synthetic RNA Oligo CRISPR guide RNAs (sCrRNAs) to target specific genes and then disrupt them. They started with a list of 350 genes known to be involved in the inflammatory process that leads to regeneration in the fish.

They found 10 genes that blocked spinal recovery when they were disrupted. After analyzing that group of genes, they narrowed the list of regeneration-promoting genes to four. One of those, TGFB1, was essential in modulating the inflammatory response as the fish recovered from spinal cord injuries, the researchers reported.

Harnessing the inflammatory response to promote healing is a popular idea among scientists searching for new ways to treat spinal cord injuries. Last month, for example, researchers from UT Southwestern and Indiana University demonstrated that they could engineer NG2 glia cells to produce new neurons, restoring some motor skills in preclinical models of spinal cord injury.

In February, a team of Australian researchers discovered that macrophages release a protein called NAMPT, which in turn promotes muscle growth in zebrafish. Patches containing NAMPT relieved symptoms of muscle-wasting disease in mice.

The University of Edinburgh team noted that the CRISPR screening method they developed could be used to find genes that modulate a variety of biological processes.

As for the ongoing effort to understand spinal cord injury and regeneration, the findings “imply indirect actions on axon regrowth by modulating the inflammatory or extracellular matrix environment,” the researchers wrote in the study. “However, direct actions on expression of pro-regenerative genes in axotomized neurons is also possible.” Additional studies could be designed to determine which mechanism is at play in spinal regeneration, they added.