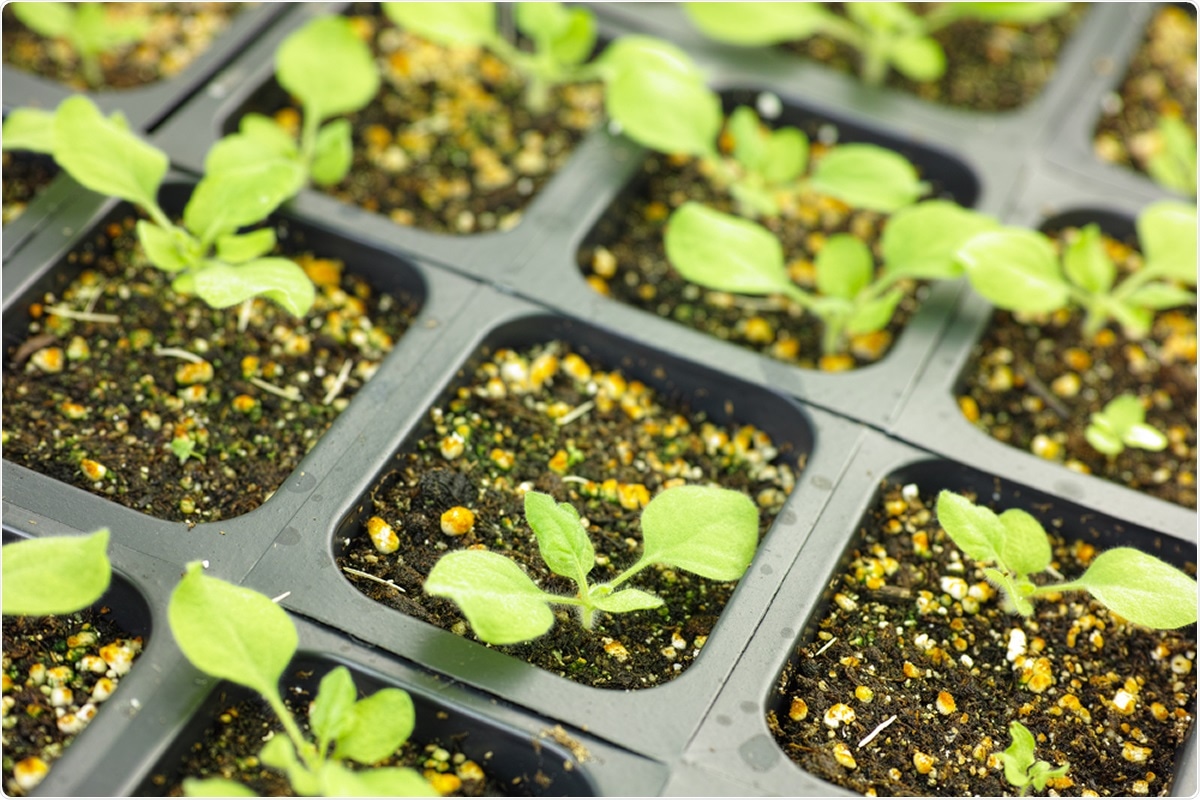 Researchers at Canadian biotechnology company Medicago report that Phase 1 trials of a plant-based vaccine for SARS-CoV-2 are underway and showing promise.

The team, led by Dr. Brian Ward, professor of Medicine and Microbiology at McGill University, Canada, has published data from an initial clinical trial study in which 180 adults aged between 18 and 55 were injected with a plant-produced virus-like particle (VLP). The trial indicates that this novel VLP developed to combat severe acute respiratory syndrome coronavirus 2 (SARS-CoV-2), the causative agent of COVID-19 disease, shows strong immunogenic properties and no serious adverse effects.

The research paper is available to read at Nature Medicine.

The SARS-CoV-2 virus is now responsible for over 165 million cases globally. Since the World Health Organization classified the disease as a pandemic almost 18 months ago, 180 vaccine candidates have been developed, 12 of which have been given authorization for vaccine use.

In this new study, Ward and colleagues describe their new plant-based vaccine candidate that has successfully navigated phase 1 human trials.

The vaccine is produced by inserting the SARS-CoV-2 protein into the nuclei of benthi plants (Nicotiana benthamiana, commonly found in Australia). This is then transfected into a bacterial cell (Agrobacterium tumefaciens) to use as a vector. These cells are then injected into the bloodstream, where they express the S protein to stimulate the immune system.

The research tested this compound in three different magnitudes (3.75 μg, 7.5 μg, and 15 μg), each either adjuvanted with CpG1018, AS03, or without an adjuvant. CpG 1018 and AS03 are compounds commonly added to vaccines to induce a more robust immune response by the body.

All participants received their second dosage 21 days after their first and were sampled again on day 42 (after initial injection). As expected, the addition of either CpG 1018 or AS03 adjuvants did aid and increase the immunogenic response exhibited by the body, particularly so with AS03.

Only mild adverse effects were observed in portions of the sample in all test groups, with roughly two-thirds of each group experiencing mild pain at the injection site after receiving the first dosage, and a fifth reported experiencing headaches or fatigue. In the subsequent second dose, this remained about the same, although reports of fatigue and headache increased to a third. However, all adverse effects were noted to be mild to moderate, with no serious effects taking place.

The aim of this study was to determine the best dosage and adjuvant combination to boost immunity. Based on their results, a two-dose schedule with a concentration of 3.75 μg in addition to ASO3 showed the best results, and these results have since advanced to phase 2/3 trials in Canada and the United States.

These results are promising, highlighting yet another diverse tool in our arsenal against the spread of the global COVID-19 pandemic.