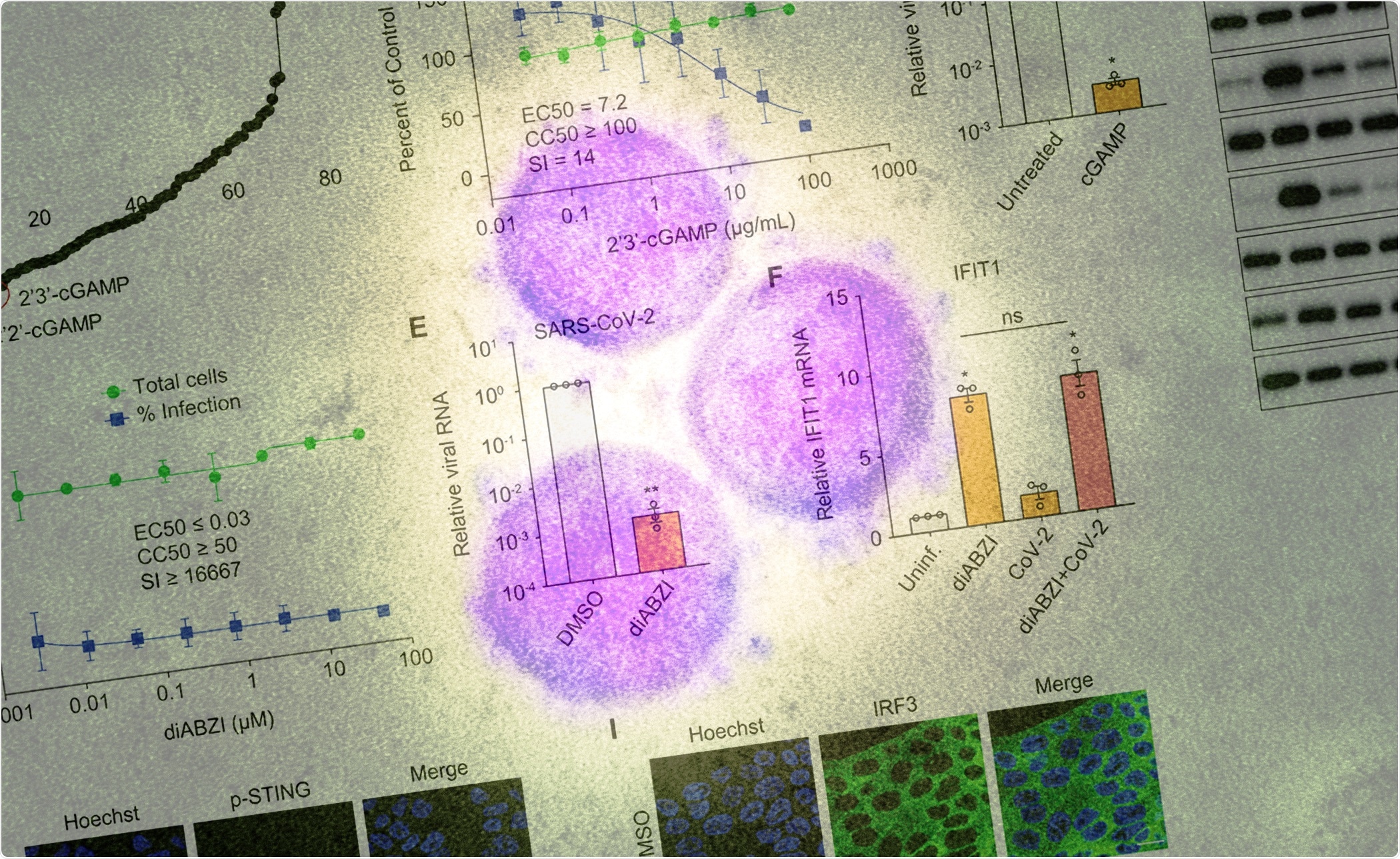 COVID-19 vaccines are the most effective way to prevent severe acute respiratory syndrome coronavirus 2 (SARS-CoV-2) infection. For people who are already infected, new research suggests the small molecule stimulator of interferon genes (STING) agonist-1, diABZI, may be effective in controlling SARS-CoV-2 infection — including those caused by variants.

Led by Sara Cherry from the University of Pennsylvania, the preclinical findings showed that administering one dose of the diABZI STING agonist to the respiratory mucosa 12 hours after SARS-CoV-2 infection in mice was highly protective.

“This suggests that diABZI will be active against a broad array of SARS-CoV-2 variants and likely additional coronaviruses. As diABZI also can inhibit human parainfluenza virus and rhinovirus replication in cultured cells, STING agonists may be more broadly active against respiratory viruses.”

The study “Pharmacological activation of STING blocks SARS-CoV-2 infection” was published in the journal Science Immunology.

Given the prior results, the researchers sought to stimulate other innate immune pathways to allow for detection and neutralization of SARS-CoV-2.

They found that SARS-CoV-2 did not alter interferon (IFN) levels as there was no difference between uninfected and SARS-CoV-2 infected cells. This suggested that the virus did not block IFN activation, but rather evaded their response — making IFN agonists a viable therapeutic to consider.

“Since proteins such as IFNs are difficult to produce at scale for therapeutic use, we set out to identify additional drug-like molecules that could activate innate antiviral immunity.”

The researchers screened a library of 75 agonists that target diverse pattern recognition receptor sensing pathways in Calu-3 cells, seeking those that could potentially inhibit SARS-CoV-2. They landed on STING agonists because of their ability to cause a 100-fold reduction in viral RNA levels. STING agonists are also effective in stimulating the production of type IFNs and proinflammatory cytokines via activation of the TBK1-IRF3 pathway.

At a low dose with a low rate of toxicity, administering the STING agonist diABZI caused a “dramatic inhibition” of SARS-CoV-2 infection and about a 1,000-fold reduction in viral RNA levels in cells.

diABZI’s antiviral effects continued to show in Calu-3 cells 1 hour before infection or 3 hours after infection.

“We suggest that STING agonists may show promise. STING activation of IFN is quite transient, suggesting that early treatment could control infection with fewer complications,” wrote the researchers.

Indeed, the team observed a transient induction of IFNs in mouse lung cells given diABZI. The STING agonist activated 403 genes — 146, which were associated with antiviral IFN pathways. This included increases in type I and III IFNs after treatment.

The agonist also lowered the rate of viral infectivity and lung inflammation in diABZI-treated K18 hACE2-transgenic mice expressing human ACE2. After 7 days of infection, mice given an intranasal dose of diABZI lost less body weight than their non-treated counterparts, who lost 25% of their weight.

diABZI treatment stimulated IFNs along with cytokines and chemokines, indicating benefits for protective immunity against SARS-CoV-2.

diABZI did not only control for SARS-CoV-2 infection, it was also protective against it as well. Mice given a single intranasal dose of diABZI protected against the B.1.351 variant of concern — notorious for its fast transmission and ability to evade neutralizing antibodies.

Mice with the diABZI treatment either before or after infection showed a reduction in viral load in their lung and nasal turbinate. The treated mice were also less likely to lose weight from the virus.